Skip to content
HomeInformationBeja Airport alone is “not enough” to develop…

The President of national airport management company ANA last week warned that, while Beja Airport is “fundamental” for the Alentejo’s growth, it is not enough to single-handedly develop the region as, he said, an airport “by itself does not generate traffic.”

Beja Airport “is a fundamental infrastructure for [the Alentejo’s] development, in as much as it creates accessibility, but, even though it is a necessary element, it is not enough”, explained ANA chief Guilhermino Rodrigues.

To be ‘enough’, he elaborated, it is necessary “to generate traffic”, which Mr. Guilhermino reasoned “an airport by itself cannot do.”

However, based on his experience at the helm of the company over the past few years, Guilhermino Rodrigues says ANA has “strong expectations” and a “strong trust” that Beja Airport will “run its course” and “establish itself as a driving force in regional development.”

Meanwhile on Wednesday last week the first flight took off from Beja Airport, a flight of “exceptional nature”, as the infrastructure’s full certification process is not yet complete.

The flight was to Cape Verde and departed carrying around 70 passengers on a Boeing 757-200ER belonging to Cape Verde’s national flag-carrier TACV.

Even though the airport is only expected to be fully certified during the latter half of this year, Mr. Rodrigues confirmed UK tour operator Sunvil would operate 22 regular charter flights between Heathrow and Beja during the summer, from May.

He further revealed ANA was working on deals to operate regular flights to and from Beja, to Holland and Germany, as of next year. 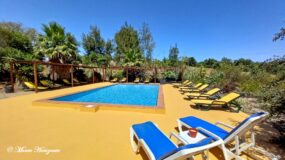 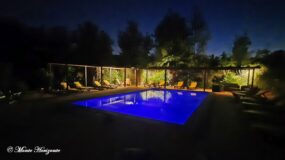